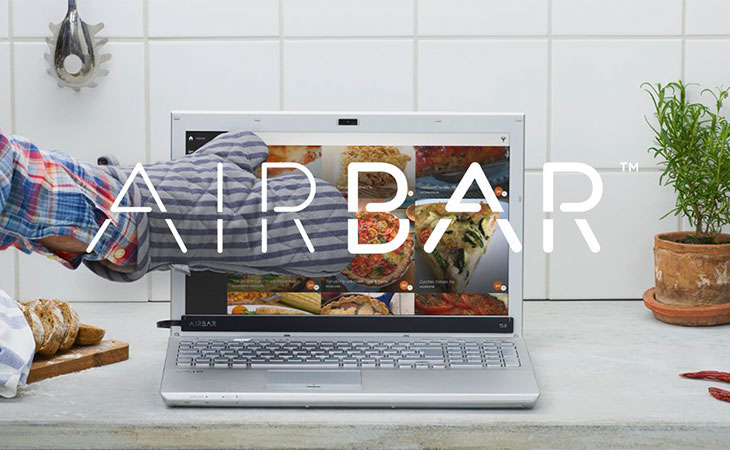 You can now convert your laptop or PC into a touch screen with the help of a new device called AirBar.

Touch screen’s have become such a popular feature in laptops these days, and most laptop companies are moving towards them, but not every laptop or desktop model comes with the feature.

A Swedish company that goes by Neonode has developed a new device, AirBar, that would bring the touch technology to virtually any computer from your non-touch laptops to notebooks.

What is it and How does it Work?

AirBar is a small plug-and-touch bar that attaches magnetically to the bottom of your machine’s display.

When connected to your laptop via an available USB port, AirBar starts emitting a beam of invisible light across your screen that is used to track touchscreen movements and gestures.

The movements and gestures are then translated into corresponding inputs, making you able to use all the gestures including poking, pinching, swiping, zooming and scrolling around with your hand, in the same way, like on a touchscreen PC.

What’s Great about AirBar is that it even works if you have worn gloves, and with any other object.

It works well with any device running Windows 8 or Windows 10 or even with a Chromebook, but it still needs to have proper OS X support.

The AirBar is going to retail for $49 next month with its public launch in January 2016 at the CES event in Las Vegas. 15.6-inch screens size at present. Currently, the only size that Air-Bar accommodates is 15.6-inch screens.