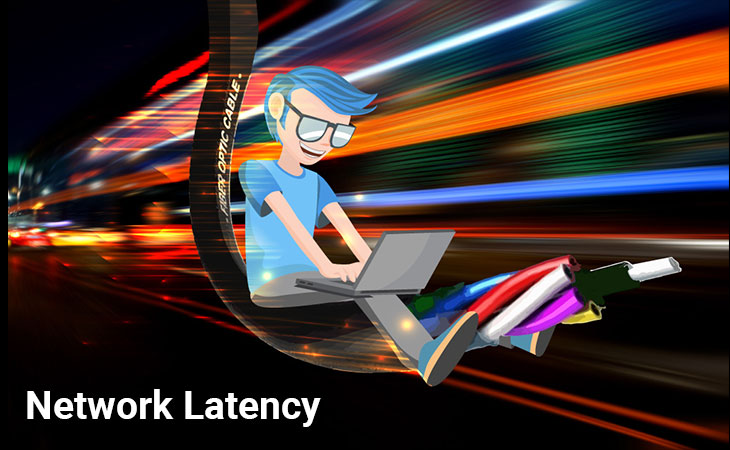 Network latency is the term used to indicate any kind of delay that happens in data communication over a network. Network connections in which small delays occur are called low-latency networks whereas network connections which suffers from long delays are called high-latency networks. High latency creates bottlenecks in any network communication. It prevents the data from taking full advantage of the network pipe and effectively decreases the communication bandwidth. The impact of latency on network bandwidth can be temporary or persistent based on the source of the delays. Both bandwidth and latency depend on more than your Internet connection – they are affected by your network hardware, the remote server’s location and connection, and the Internet routers between your computer and the server. The packets of data don’t travel through routers instantly. Each router a packet travels through introduces a delay of a few milliseconds, which can add up if the packet has to travel through more than a few routers to reach the other side of the world. However, some types of connections – like satellite Internet connections – have high latency even in the best conditions. It generally takes between 500 and 700ms for a packet to reach an Internet service provider over a satellite Internet connection. Latency isn’t just a problem for satellite Internet connections, however. You can probably browse a website hosted on another continent without noticing latency very much, but if you are in California and browsing a website with servers only located in Europe, the latency may be more noticeable. There is no doubt to it that latency is always with us; it’s just a matter of how significant it is. At low latencies, data should transfer almost instantaneously and we shouldn’t be able to notice a delay. As latencies increase, we begin to notice more of the delay.
×