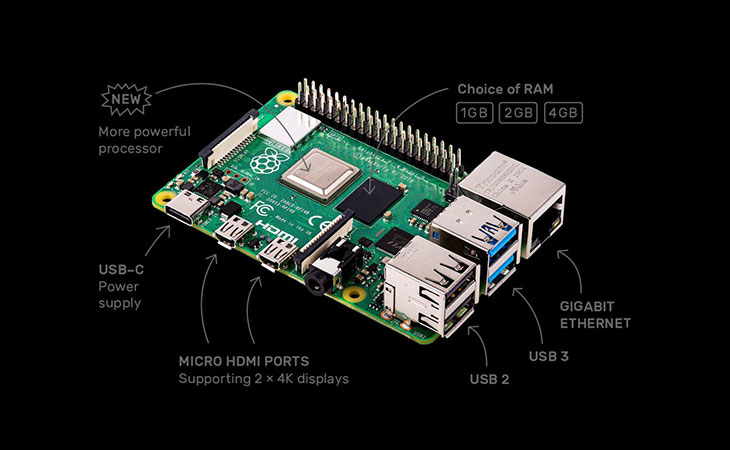 The new hardware upgrade, boosts the single-core processor of the original Pi to a faster, more capable quad-core chipset in the Pi 3. The current model is based on a 64-bit chipset that runs faster than the Pi 2’s 900-MHz quad-core, 32-bit ARM Cortex-A7-based hardware. The credit card-sized computer board adds WiFi and Bluetooth support.

“The new Raspberry Pi 3 Model B offers a higher level of performance than any other Raspberry Pi board on the market,” said Claire Doyle, global head of Raspberry Pi at element14.

It “allows customers to develop specific applications and build new projects. We can’t wait to see what customers will do with it,” she told LinuxInsider.

The upgrade to the Raspberry Pi hardware is a big deal for several reasons, said Jeremy Bray, owner of Cyberspace Fortress. The built-in support for WiFi and Bluetooth means users no longer have to buy third-party dongles to get those services.

“That means you are not taking up the Pi’s four USB ports to get that functionality, so you can now use those ports for other things. When it comes to business applications, I have seen businesses customize them for their own uses. It‘s really just up to the business and their imagination for how it can be used in their business,” he told LinuxInsider.

The Raspberry Pi will be even more suitable for advanced computer training in classrooms, noted Craig Brown, president at PicoCluster, an educational platform based on Raspberry PIs.

“The bump from 900 MHz to 1.2 GHz allows for faster processing. This is particularly welcome for clustered application learning and certainly any application or learning environment that we’re running. This also makes it much better suited as a desktop replacement in classrooms and homes,” he told LinuxInsider.

“Overall, this is a great way to upgrade our clusters while giving us a chance to reduce costs,” he said.